The United Kingdom is a country that is known for its many hills and mountains. While there are many tall mountains in the UK, which is the highest mountain in the UK? In this blog post, we will take a look at the 10 tallest mountains in the country. Some of these mountains are well-known, while other peaks are less famous. Regardless of their level of fame, all of these peaks are impressive and worth exploring!

Ben Nevis is the tallest mountain in the UK

The tallest mountain in the British Isles is the famous mountain, Ben Nevis. It stands at 1,345 m and “The Ben” is located near a village called Fort William in the Scottish Highland. Ben Nevis is one of the UK’s most popular mountains and it’s estimated that over 100,000 people climb Ben Nevis every year.

Most walkers take the tourist path up Ben Nevis which is a well-trodden path and the easiest route up the UK’s biggest mountain. The path gives stunning views of Glen Nevis and the surrounding countryside. It starts from the Ben Nevis visitor centre and is well signposted from there, but I recommend taking a map and compass of the area and being familiar with the area – Learn how to use a map and compass

If you’re looking for an adventure, and want to climb the highest peak in the UK, then Ben Nevis is a must-do. This mountain is not for beginners – but it’s well worth the effort if you’re up for a challenge.

The Second Highest Mountain in the UK

A lot of people get this wrong because they say Snowdon in Snowdonia National Park as it’s the second-highest peak of the national three peak challenge. Snowdon is the highest mountain in Wales, but there are plenty of other mountains in the Scottish Highlands that are taller than Snowdon.

Ben Macdui and the Cairngorms feature a large mountain plateau which can make navigation in poor visibility really difficult. This doesn’t deter hikers who want to climb the highest peaks in Scotland and the Cairngorms offer plenty of challenges for experienced mountaineers.

The Cairngorms National Park is also home to a variety of wildlife, including deer, ptarmigan and red squirrels making it an important national nature reserve.

The Ten Highest Mountains in the UK

These are also the highest mountains in Scotland as the highest peak in England & Wales are smaller than these Scottish mountains.

Scafell Pike is England’s highest mountain and the highest point in the Lake District.

Scafell Pike is the smallest of the national three peaks.

The Lake District National Park is home to many other famous mountains such as Helvellyn (950m), Skiddaw (931m) and Cross Fell (893m).

Snowdon, in North Wales, is the highest mountain in Wales.

At 1,085 metres high, it’s not particularly tall by global standards, but with its distinctive shape and easy accessibility from the railway and road networks, it’s one of the most popular mountains in the UK to climb. Snowdon is part of the Snowdonia National Park.

The Snowdon Mountain Railway (SMR) is a narrow gauge rack railway that climbs to the summit of Snowdon. The railway is the only public rack and pinion railway in the United Kingdom and was built as a Victorian tourist attraction and still runs today. The railway starts at Llanberis, at an altitude of just over 100 metres and climbs to the summit of Snowdon, at an altitude of 1,085 metres (3,560 ft).

What is the highest mountain in the UK called?

Is Snowdon the highest mountain in the UK?

Which is higher Snowdon or Ben Nevis?

Snowdon is 1085 metres against Ben Nevis 1345 metres. Which one is harder is a different question. They are both hard mountains to climb and people find them difficult for different reasons. You’ll have to climb them and let me know.

Which is the easiest mountain to climb in the UK?

This is a difficult question to answer in some respects, no mountain is easy to climb and all have their own risks and difficulty. In bad weather, an easy mountain can become a challenge to stay alive.

Snowdon gets my vote for the easiest mountain to climb in the UK. It’s no pushover but the path from Llanberis is well used and easy to follow which can be really useful when it’s blowing a gale, raining and you’re lost in the cloud.

Want to improve your navigation skills? Just us for a day where will teach you how to stay safe in the mountains.

Richhttps://point5.tv/blog/
Rich is a Mountain Leader and regularly takes clients on endurance trips and mountain adventures. He’s climbed the three peaks challenge mountains more times than he cares to remember and is a qualified Rock Climbing Instructor. He is also a keen runner, skier and loves to be outdoors
Categories: Mountain Knowledge
Tags:
Ben NevisScafell PikeSnowdonia 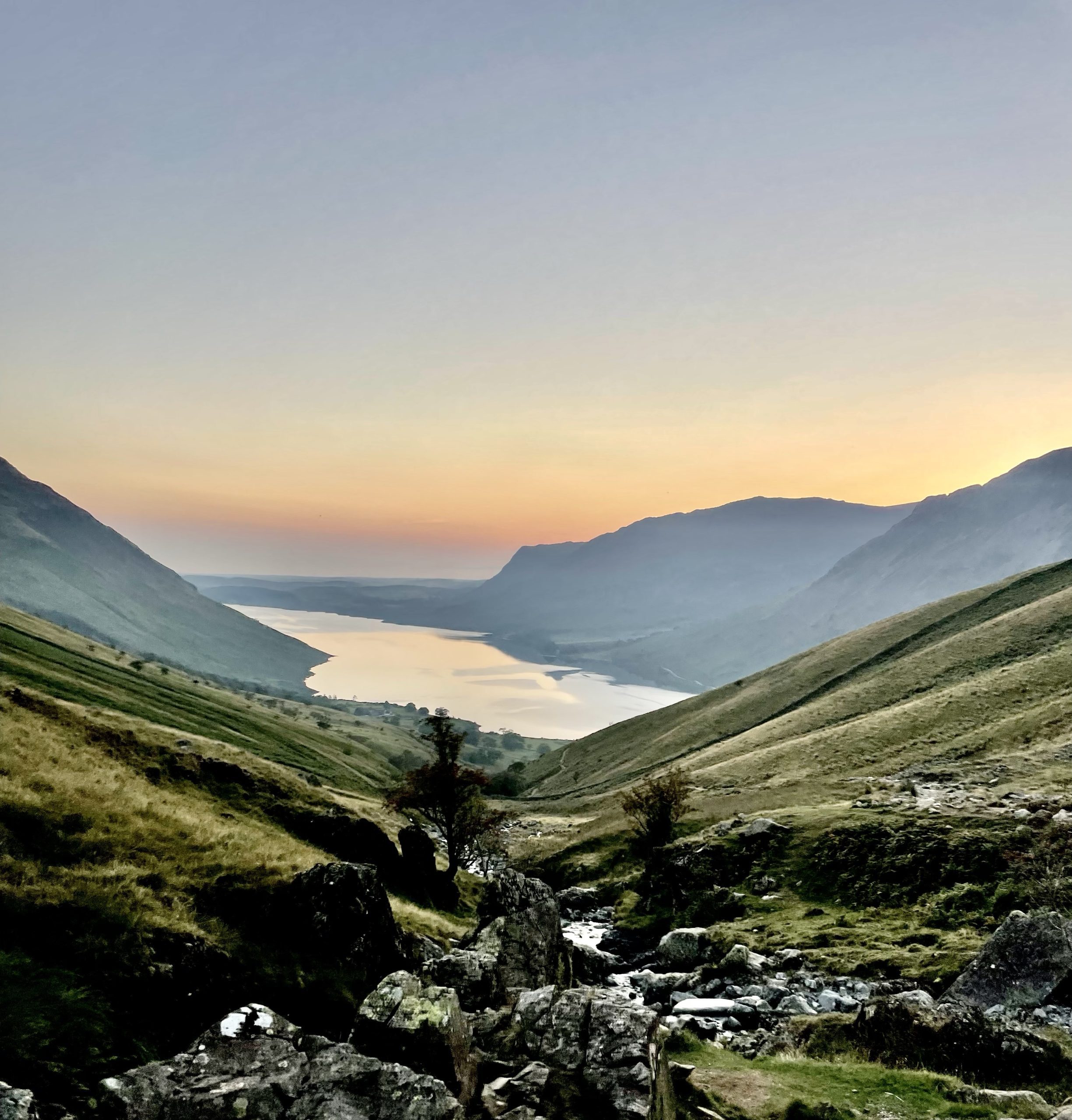 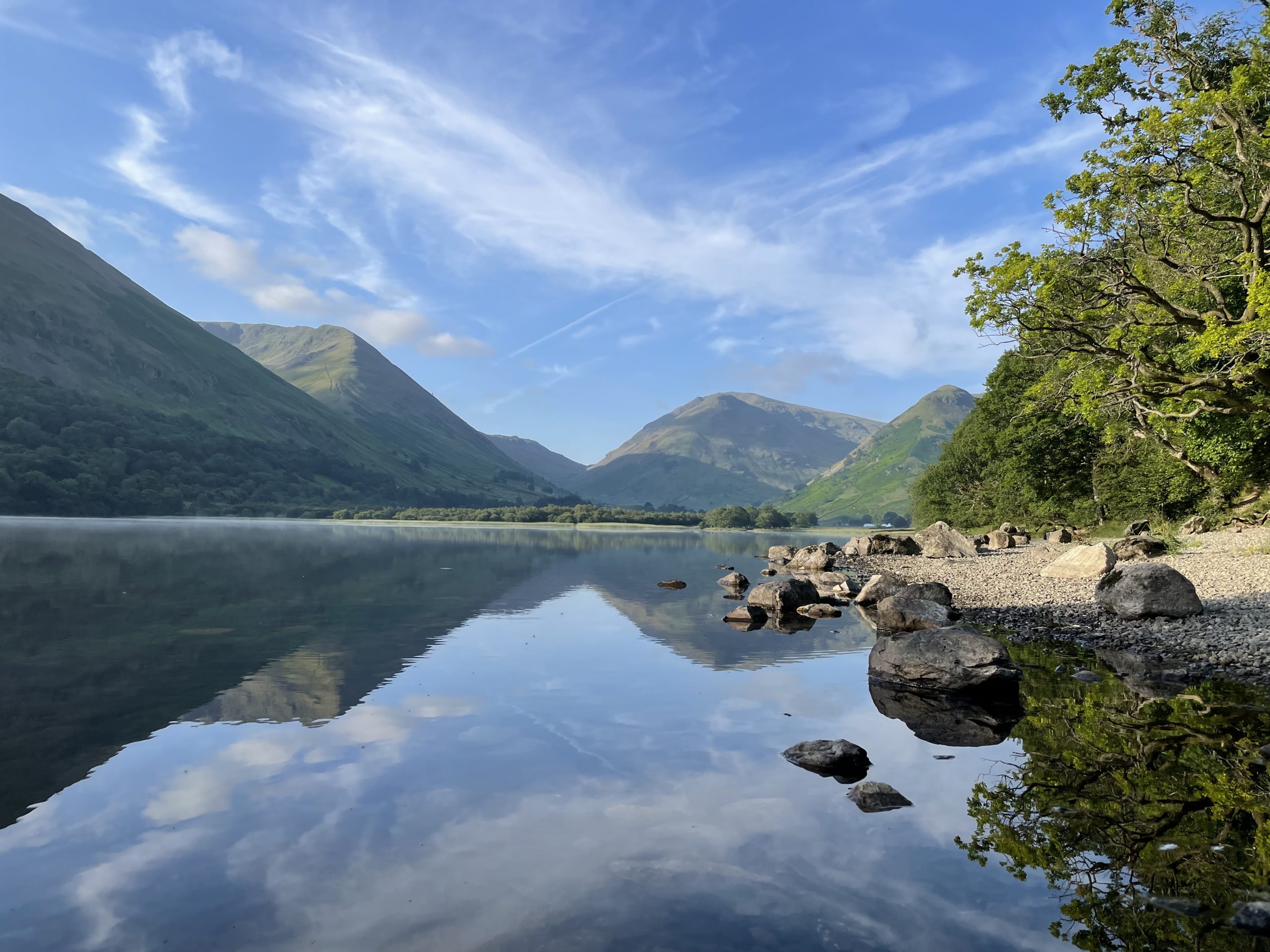 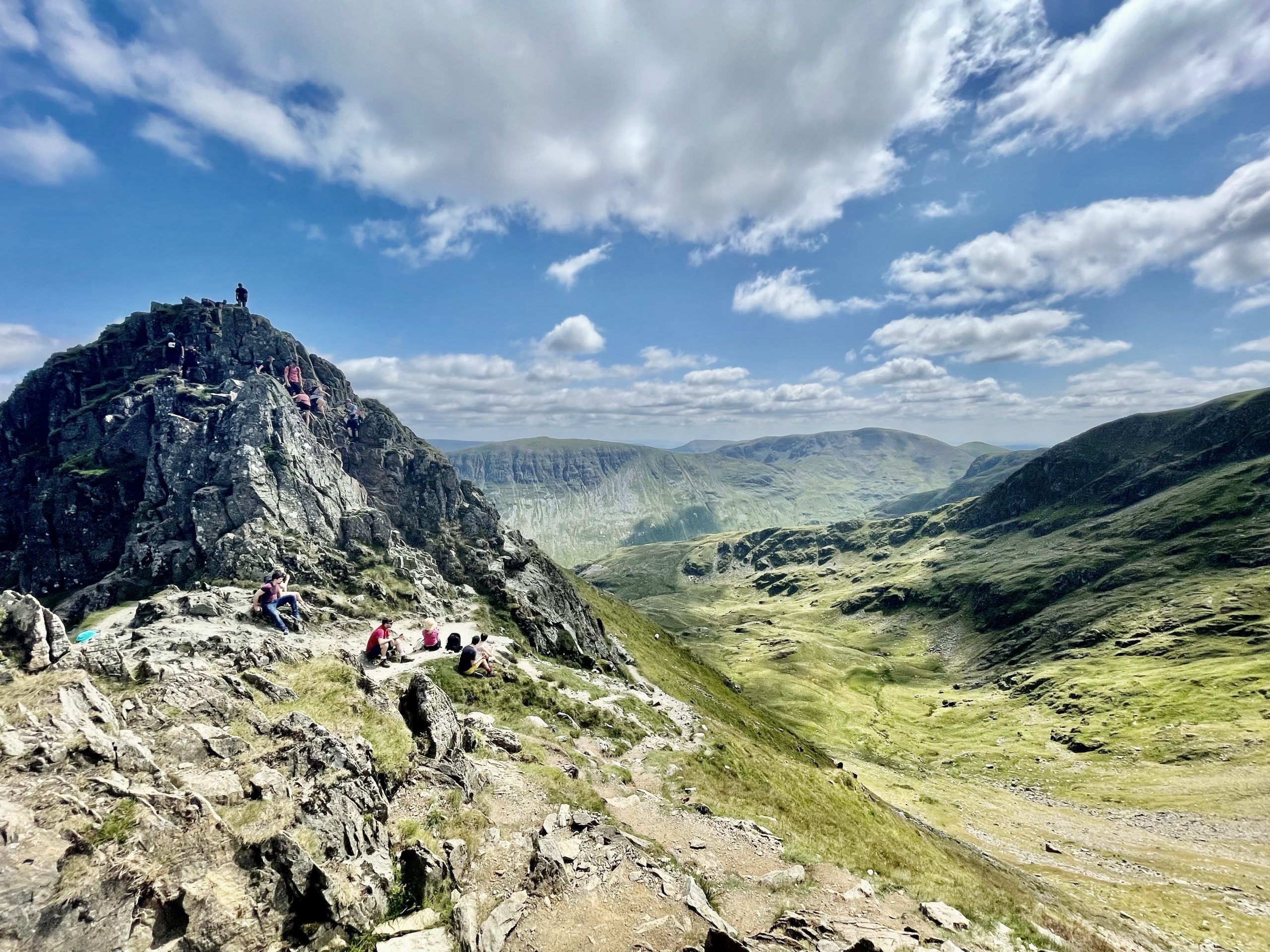 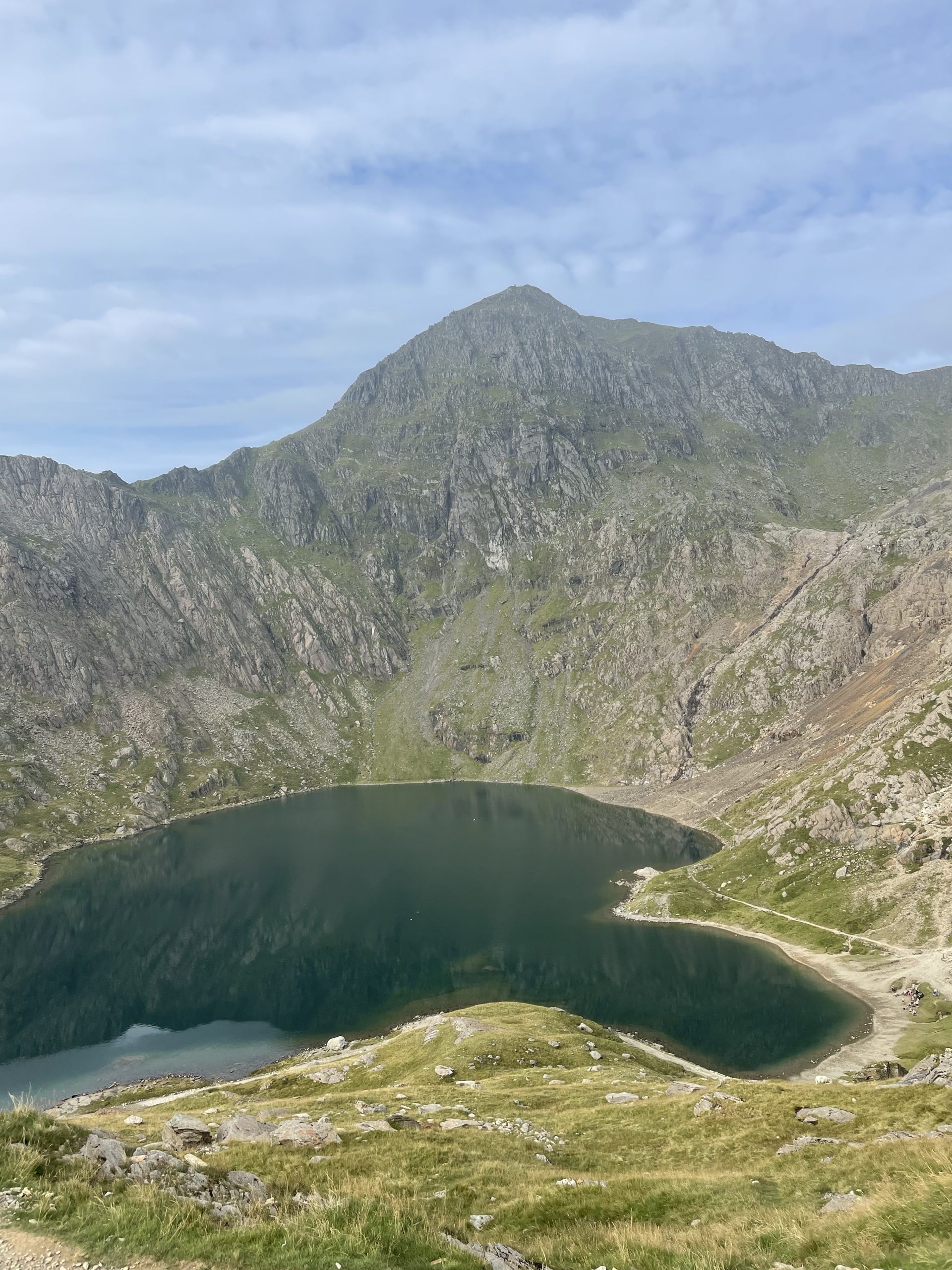 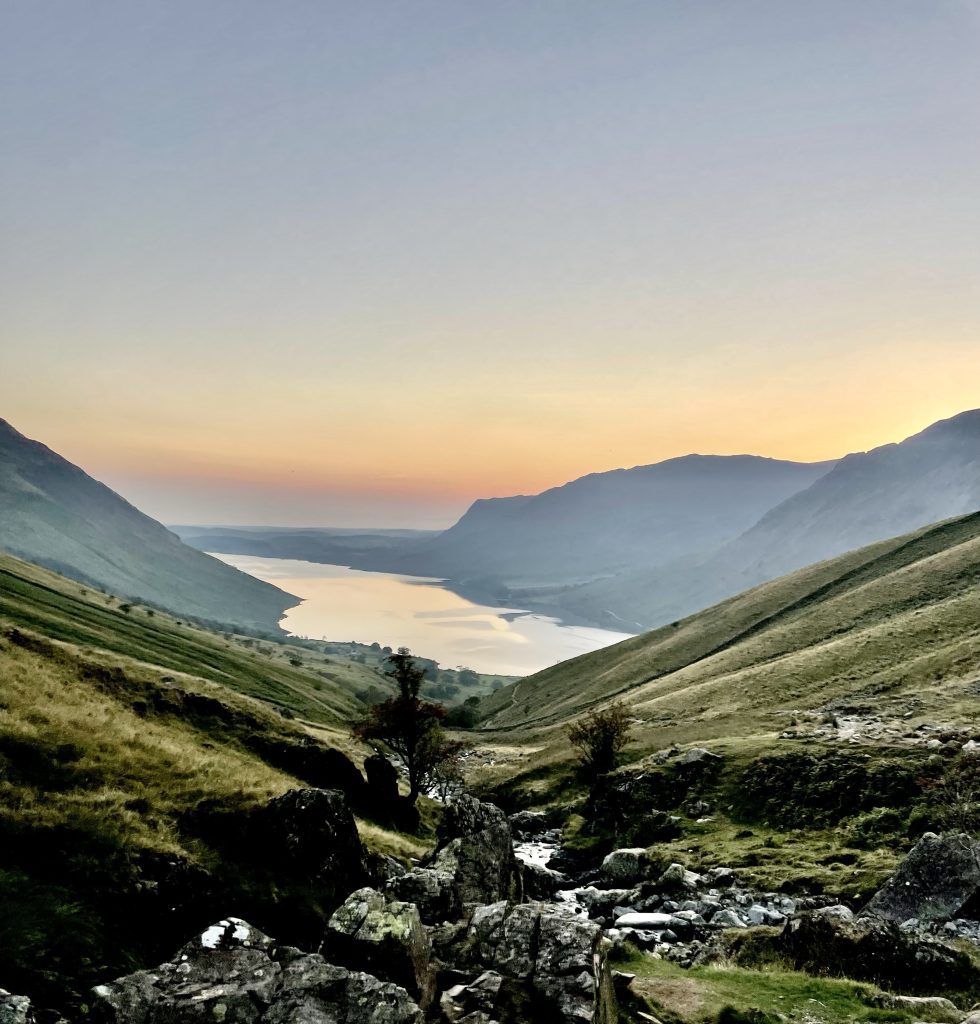 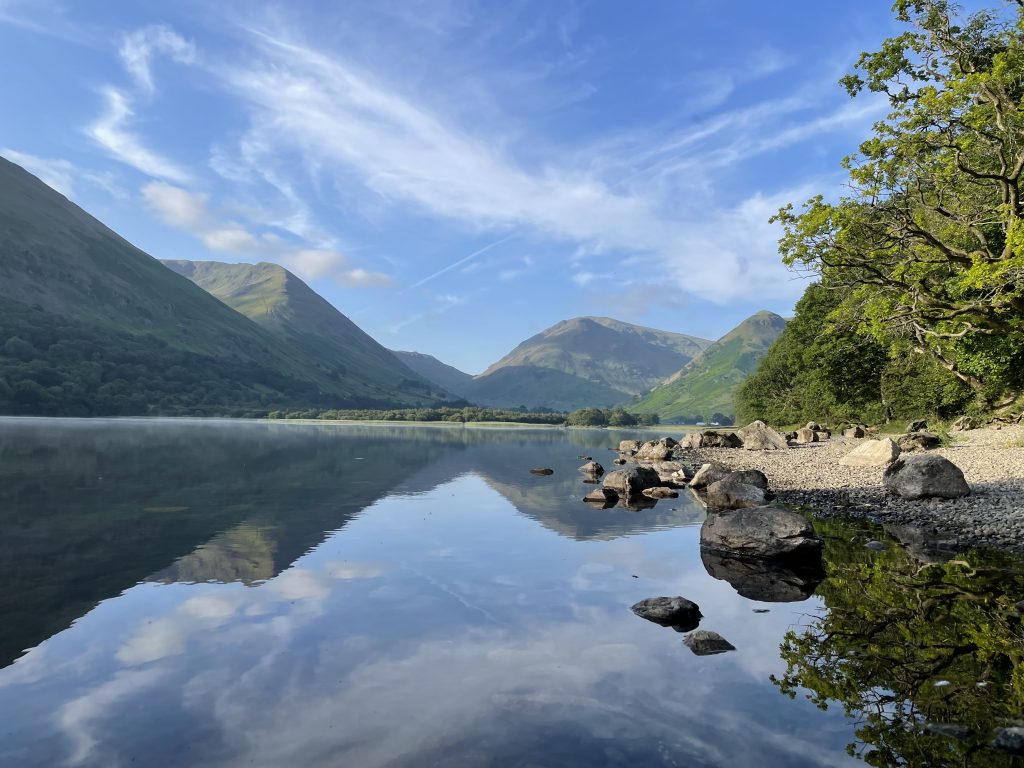 21 October 2021
0
How many lakes are there in the lake district? It’s a popular question and makes for a great pub quiz… 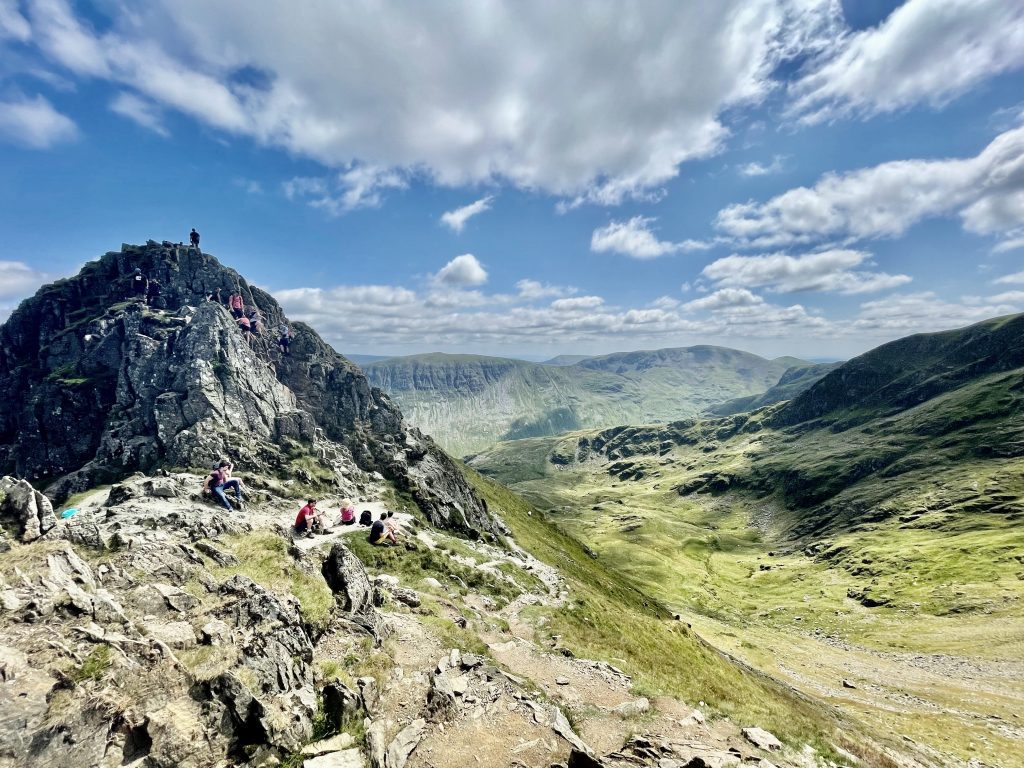