When it comes to climbing, there are a few pieces of gear that are essential for a safe and successful ascent. One of these is the belay plate. But what is a belay plate? What does it do? And how do you use it? In this blog post, we’ll answer all those questions and more. So whether you’re a beginner climber just starting out, or an experienced mountaineer looking to learn more about belay plates, read on!

“On Belay!” That’s what you’ll be saying after reading this. 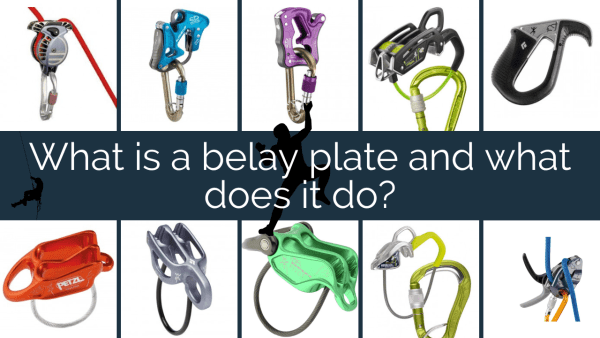 What is a belay plate and what does it do?

A belay plate is a rock climbing device that is used to create friction on a rope by introducing bends into the rope. This friction means the belayer can use one hand to hold the weight of a climber should they fall or need to be lowered to the ground.

The belay plate is attached to the harness of the belayer and is used to pay out or take in the slack in the rope as the climber moves up the rock face. If the climber falls, their weight is transferred to the belayer’s harness. The friction created by the belay device allows the belayer to control the speed at which the climber descends. Belay plates are an essential piece of equipment for rock climbers and are often used in conjunction with other devices, such as carabiners, cams, nuts and quickdraws to create a secure system.

When rock climbing, it is important to have the right belay device. The wrong device can make the climb more difficult and even dangerous. There are three main types of belay plates: tube devices, assisted-braking devices, and multi-purpose devices.

Tube belay devices and the ATC

In the 70s we started to use stitch plates to belay. These were circular plates of metal with two elongated holes. The user would poke the ropes through the holes and then clip the loops with a carabiner. These flat plates, through design innovations, became tubes and they are the simplest type of belay device. They work by bending the rope and creating friction to stop the rope from moving. 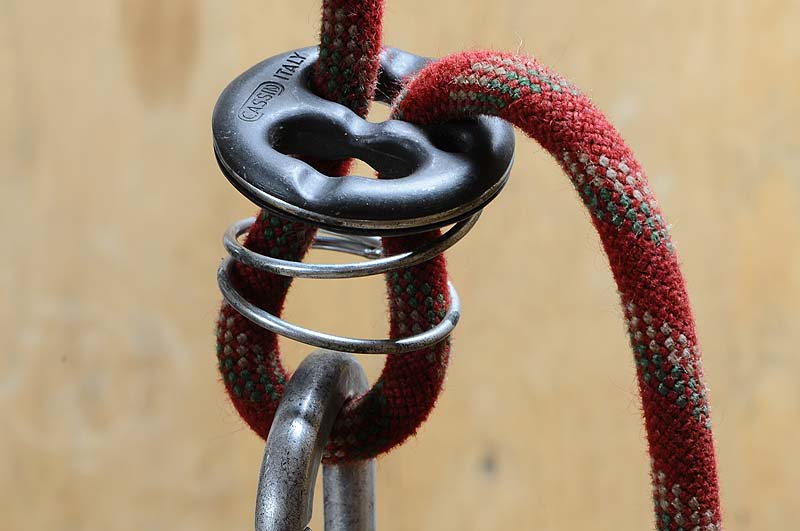 Black Diamond then released a belay device called the ATC (Air Traffic Controller) and it was quite popular. So popular that the name stuck and all belay plates became called ATC devices – a bit like all vacuums being called Hoovers. 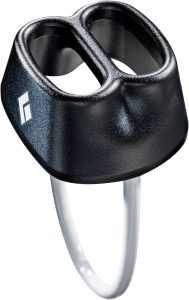 You can get a variety of designs now, some have groves on the braking side of the device (the bit you hold) to add a bit more friction. Most have 2 slots to use 2 ropes (common in trad climbing) but can be used with a single rope too.

However, one downside to belay plates is that the belayer has to hold the braking strands of the rope at all times! Skinny ropes can be hard to hold in a fall and if the belayer lets go of the rope, the climber will fall to the ground.

Having said that, they are simple, easy to use, cheap and light making them preferred devices for most climbers.

Assisted-braking devices use a lever or cam to help stop the rope from moving through the device. These are often used for lead climbing or when working a route, as they can help to arrest a fall more effectively than ATC-type devices. The braking strand of the rope still needs to be held at all times but the amount of force needed to hold the rope is significantly less.

The grigri is the most popular assisted-braking device and it’s a fantastic tool on sports routes and where only one rope is being used. It’s also safer when abseiling on a single rope compared to an ATC device without a backup prusik. In trad climbing, we normally use 2 ropes. This helps minimise rope drag and makes abseiling a full 50m rope length possible. As mentioned above, assisted-braking devices do help the belayer hold falls when the climber ‘pops’ off the rock. I do know a few people who’ve had rope burn across their hands by holding climbers who’ve taken unexpected massive falls. They were all using ATC devices. An assisted-braking device would have prevented most of these injuries but until recently the options for an assisted braking device that accepted 2 ropes were limited.

Now we have the Edelrid Mega Jul and the Giga Jul which both take 2 ropes and look similar to ATC devices. The difference is they use their geometry to pinch the rope between the device and the carabiner which creates the assisted-braking feature. Note: Some carabiners won’t allow the braking geometry to fully engage so try out a few carabiners to make sure it functions as they should.

When choosing a belay device, it is important to consider the type of climbing you will be doing. Different devices are better suited for different purposes but ATC devices are cheaper and have more versatility than assisted-braking devices

How to use a belay plate

The benefits of using a belay plate

The purpose of a belay plate is to stop the climber from falling and it does an impeccable job at doing that (when used correctly). There are a few other alternatives (see below) which can be used in some limited scenarios, but by using a belay plate you’ll have more control of the rope, better braking ability, you’ll be more comfortable holding someones weight and your ropes will last longer.

Alternatives to the belay plate

If you drop your belay plate, forget to pack it, or don’t have one for any other reason it’s good to know a few options that can get you out of trouble.

Before we had belay plates we used thick hemp rope and used a technique called body belaying. You wrap the rope around your waist and around the wrist of the braking end of the rope. This worked ok with the thick old ropes but it’s very uncomfortable with modern climbing ropes (8-10mm diameter). You can keep your rucksack on and that will provide some cushioning should the climber fall. It’s not really advised and I’d only use it in situations where:

The Italian hitch (also known as a munters hitch) is a friction hitch that works in the same manner as a belay plate. You tie the hitch on a carabiner and the friction allows you to belay and even abseil on a single rope. The rope runs over the carabiner and itself meaning that there is extra wear on the rope using this method. Doing it once or twice probably will have minimal effect on the rope. Do it a lot and you are likely to end up with a frayed or glazed rope.

It can be quicker to set up than feeding a belay plate though, so it’s great to use in mountaineering when you are scrambling over easy climbing terrain.

Final thoughts on the belay plate

So, there you have it folks – everything you need to know about the belay plate. Hopefully, by now you understand how this important piece of climbing equipment works and how to use it properly.

Where can you learn to belay?

If you’re looking to get into rock climbing, or just want to try it out for the first time, then an outdoor climbing lesson is definitely the way to go. You’ll get to learn the basics of climbing from an instructor, and have a chance to give it a go yourself. We’ll cover belaying devices and teach you how to belay so you’ll be ready to say “On Belay!” to your climbing partner.

Where can you buy a belay plate?

You can buy them online easily from a number of retailers

Richhttps://point5.tv/blog/
Rich is a Mountain Leader and regularly takes clients on endurance trips and mountain adventures. He’s climbed the three peaks challenge mountains more times than he cares to remember and is a qualified Rock Climbing Instructor. He is also a keen runner, skier and loves to be outdoors
Categories: Rock Climbing
Tags:
BeginnersHow to'sRock Climbing 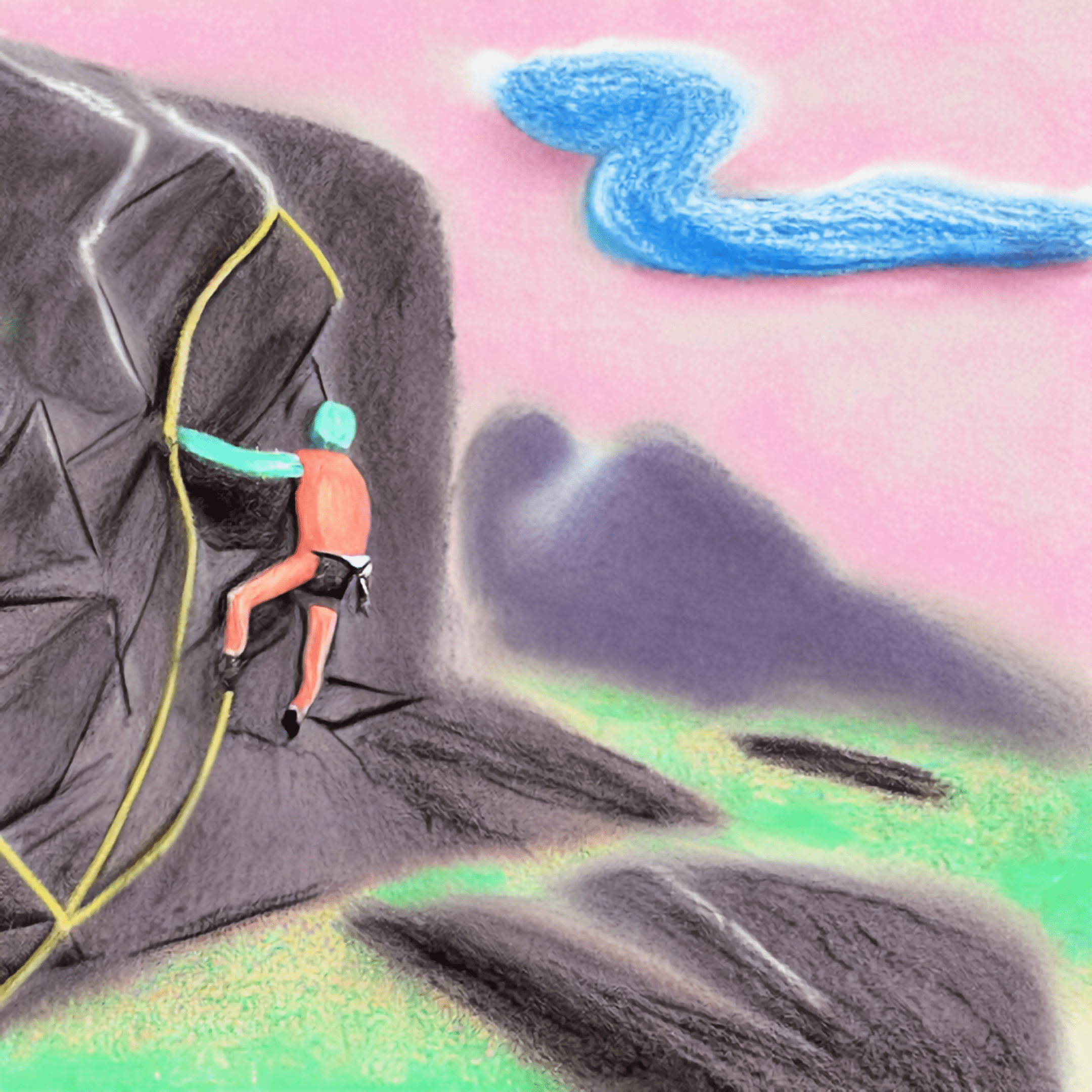 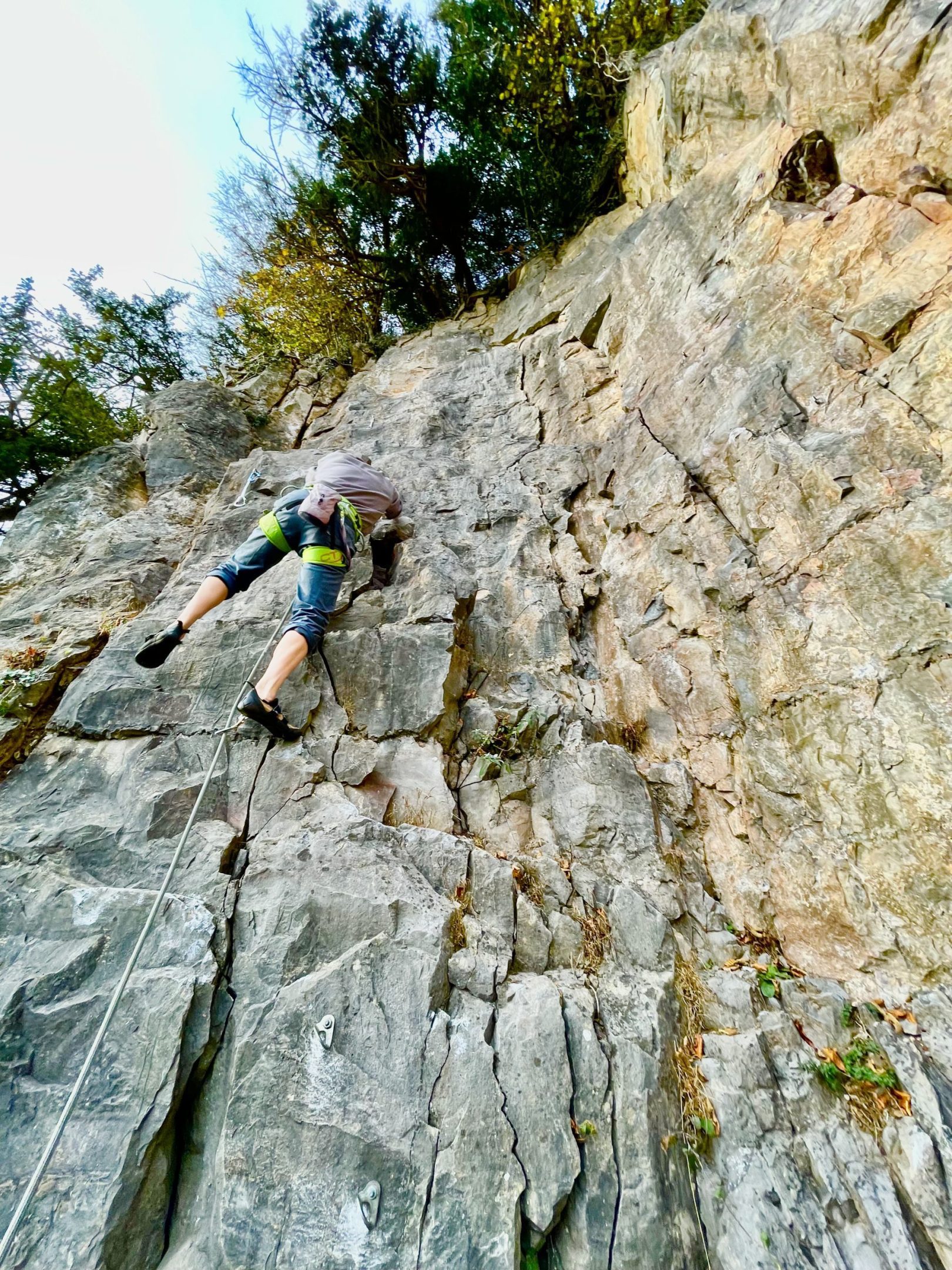 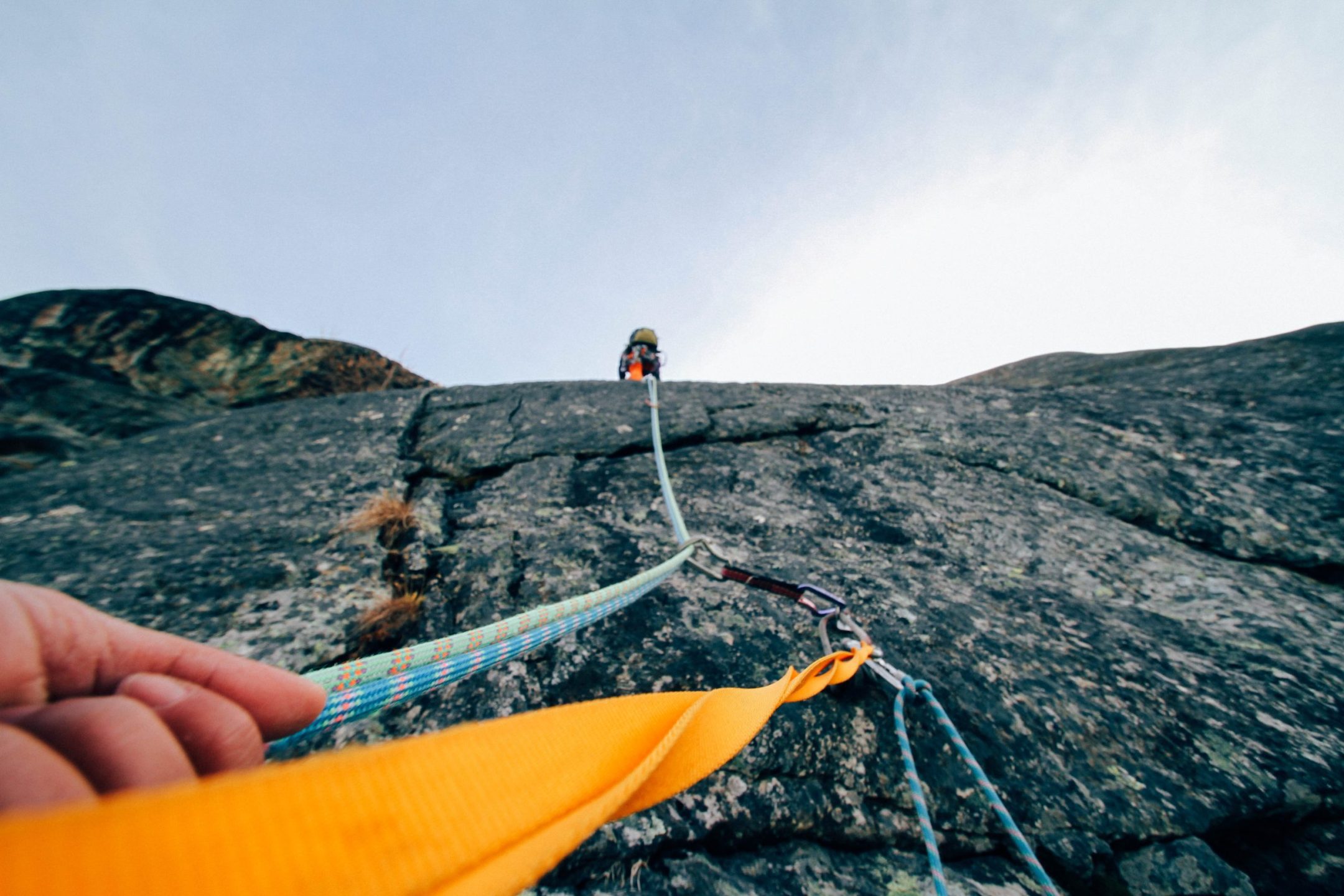 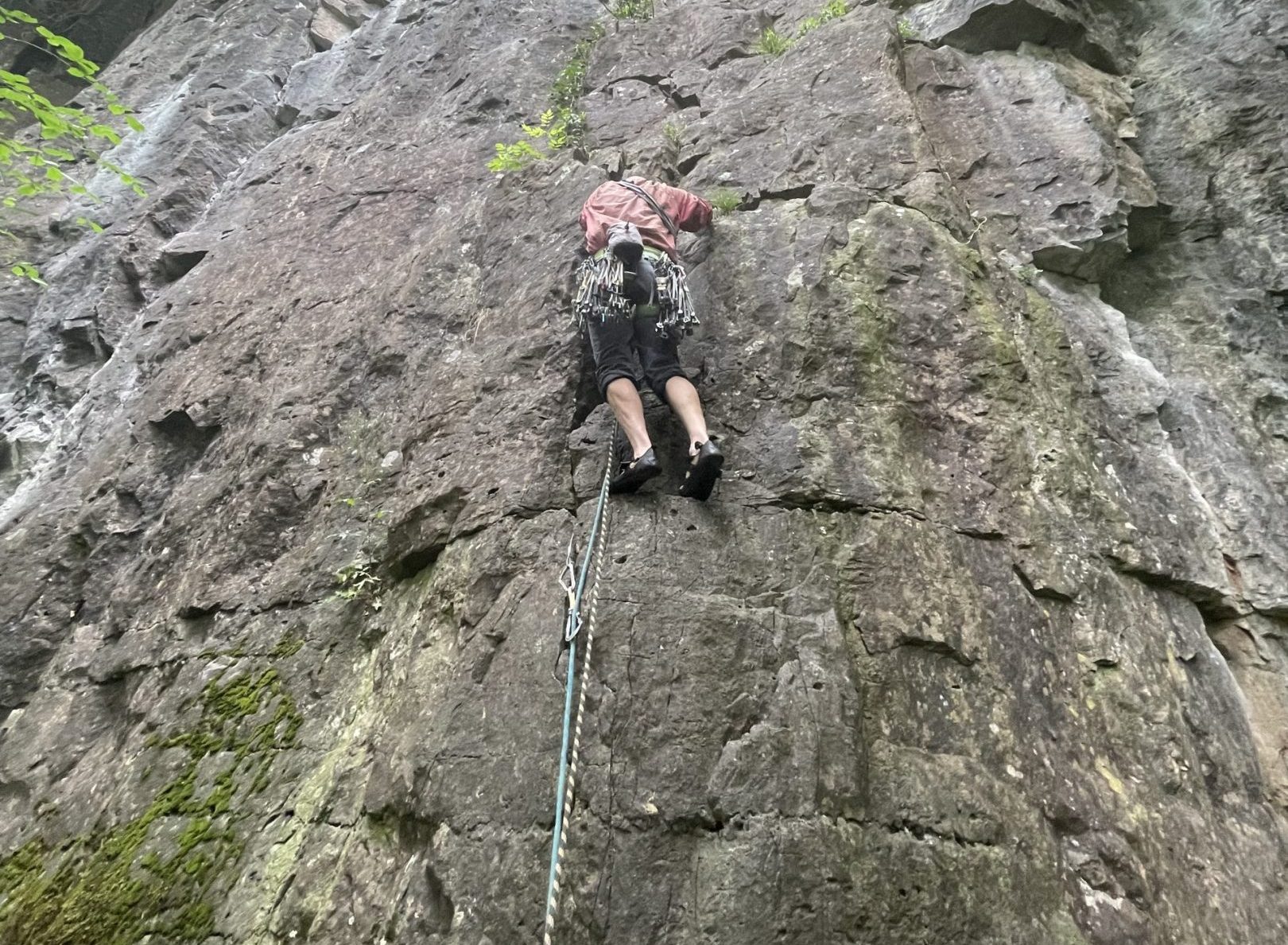 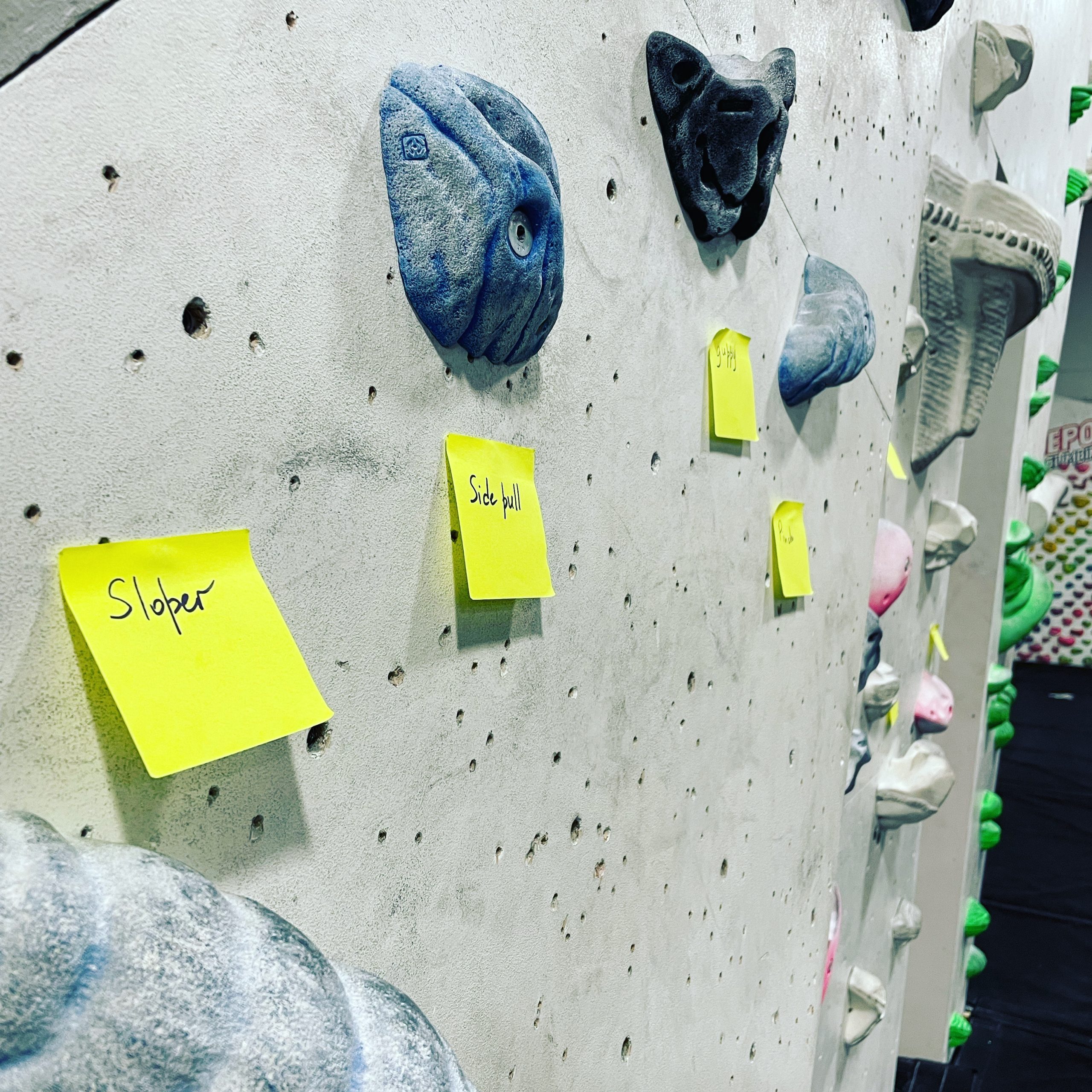 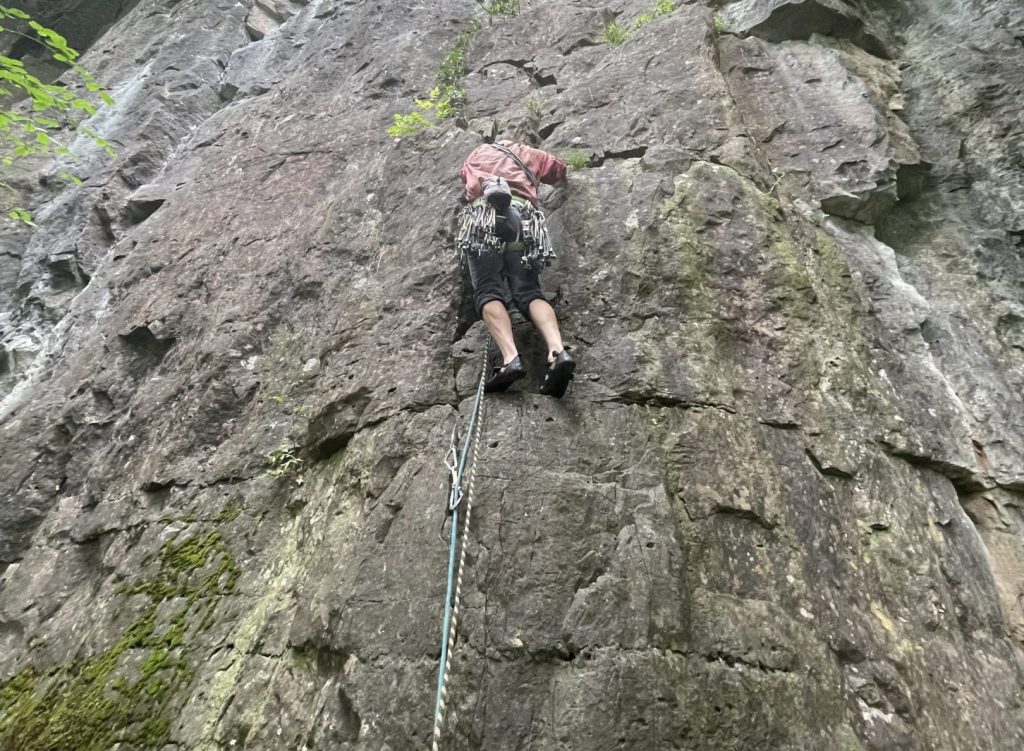 3 August 2022
0
Rock climbing is a fun and challenging sport that can be enjoyed by people of all ages. If you’re thinking… 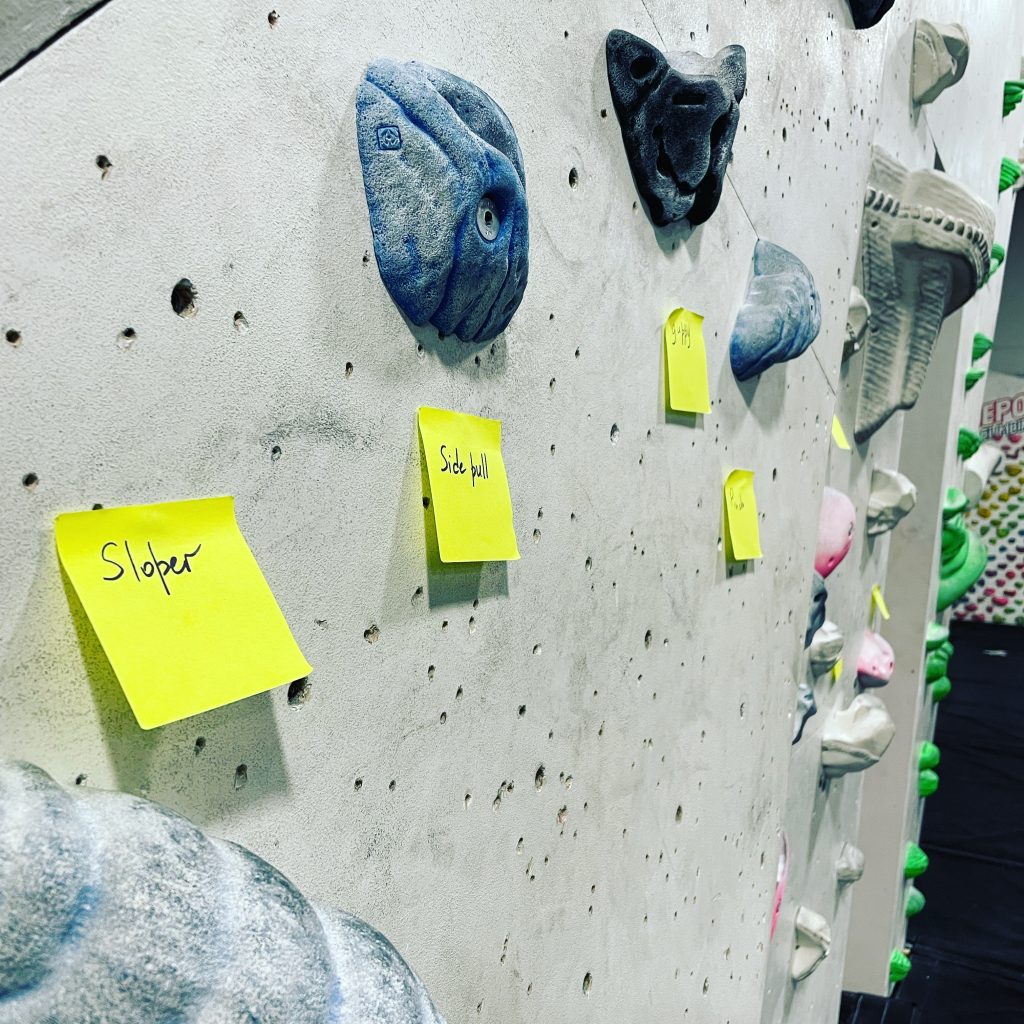 23 Jan at 5:31 pm
0
I’ve recently started picking up some work as a climbing coach and have been looking for resources to help me… 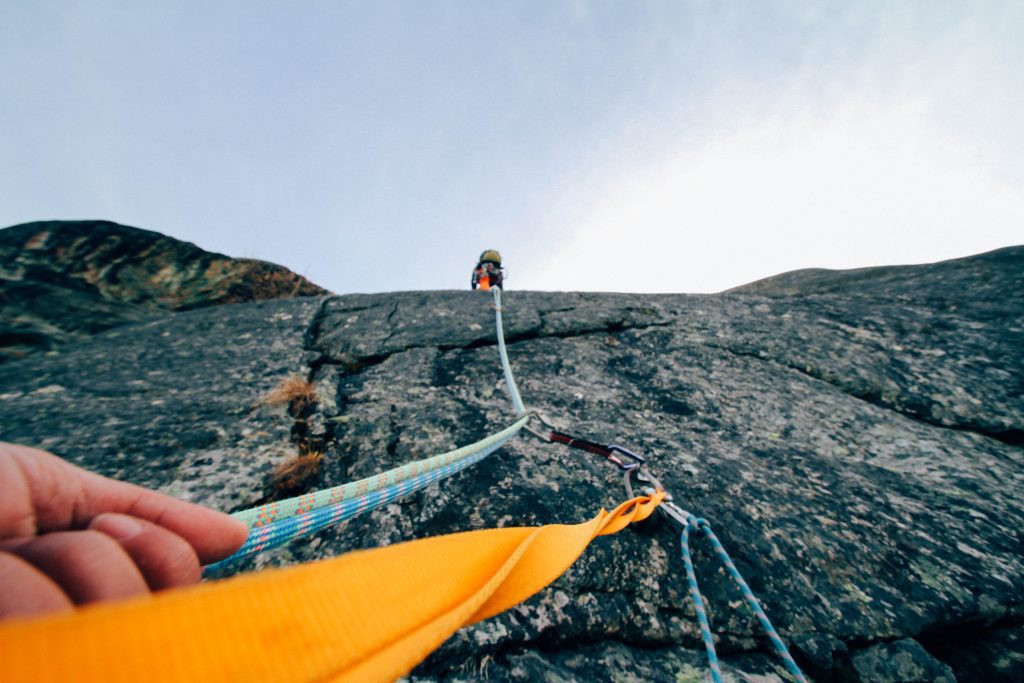